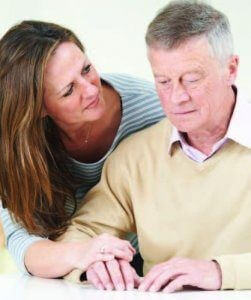 We’ve all had the experience of frantically searching for car keys in the morning or walking purposefully into another room only to forget why we were going there, and as we age, it seems to occur with increasing frequency. Are these just signs of normal aging, or harbingers of a more serious condition? It’s a question more seniors and their families are asking, as awareness of progressive memory disorders such as Alzheimer’s disease grows.

The answers can be more reassuring than you may imagine. Many symptoms of memory loss are benign, or due to the aging process, and no further evaluation is needed (see the signs of normal aging, at right). Experts agree that most people who are aware of—and nervous about—their own declining memory, most likely do not have mild cognitive impairment or
dementia.

However, it’s vital to know that if you do have symptoms of mild cognitive impairment (MCI), this may be due to underlying medical conditions that can be treated, such as thyroid dysfunction, vitamin deficiency, anxiety/depression, sleep disorders and uncontrolled chronic conditions such as diabetes.

You may want to consider seeking an evaluation if you experience increasing difficulty, compared to your past ability, over a range of everyday activities that include: remembering important details of things you’ve done in the past few weeks; completing complex tasks at work or home, such as keeping track of monthly bills; requiring personal assistance to remember family occasions or holidays; or having trouble finding your way around familiar environments.

Cognitive abilities are also affected by depression, so if you have experienced these feelings recently, further evaluation may be recommended:
• Felt that I cannot stop feeling “down” or “blue,” even with help from family or friends.
• Felt all pleasure and joy has gone from life.
• Felt hopeless about the future.
• Felt that everything was an effort.
• Felt low in energy or slowed down a lot.

“Having memory loss does not necessarily mean you have Alzheimer’s disease (AD),” says neurologist William Rodman Shankle, MD, chair of California’s Memory and Cognitive Disorders Program at Hoag Neurosciences Institute. “In fact, there is a treatable cause in the majority of patients with cognitive impairment, provided it is detected early.”

Additionally, a rigorous combination of physical exercise, healthy diet, strict control of hypertension and diabetes, medication and ongoing social and intellectual stimulation, has proven highly effective in stopping or slowing down progression of all types of dementia, including Alzheimer’s.

• Forgetting the name of someone I know well, but remembering it later

• Forgetting what I was going to say in a conversation

• Forgetting what I was going to when going into another room

• Finding things I have recently put down

• Recalling a specific word I want

• Misplacing things from time to time, such as a pair of glasses

• Becoming irritable when a routine is disrupted

The creation of a memory begins with its perception, a quick sensation that is then stored in
short-term memory, which lasts a few minutes to a few weeks before being erased. Strategies to enhance short term memory can be effective, such as dividing a 10-digit phone number into smaller chunks. Important information is gradually transferred from short-term into long-term memory. Some of this occurs while we slumber, which is why sleeping shortly after learning new information can help retention, according to recent studies.

Working memory is the type most affected by normal aging. While a teenager will perform better on memory and word recall tests, a 70-year old can adapt by using associations to remember e.g. ‘Every Good Boy Does Fine’ for lines on a music staff.

Long-term memory consists of procedural (knowing how to do things like ride a bike), semantic
(knowledge of the world), and episodic (information about events you have personally
experienced). Long-term memory decays very little over time, and can store a seemingly unlimited amount of information almost indefinitely.